One of the more underrated players on Long Island is Westhampton Beach senior 3B Jack Halloran. The Emory-commit is coming off a stellar summer season in which he batted .554 with 12 HR and 46 RBI playing for the East End Aviators. Additionally, PG Tournaments recently named him first-team All-American for hitters. I had a chance to speak with him and here is what he had to say…

Who are some people that have had a possible impact on your career?

I credit my family for instilling the fundamentals of authentic character from a young age, which I pride myself on as an athlete. Without a doubt, our assistant coach at Westhampton Beach, Dan Pulick, has had the largest impact on my playing career. These past few years, we have spent countless hours breaking down the game of baseball to a science. Being able to witness those efforts translate during the season is evident of the value that discipline and determination have had. What’s even more impressive is the fact that all of his work with our program is volunteer-based, which speaks volumes to who he is as an individual. Our program’s head coach, Asa Grunenwald, has also greatly impacted my playing career. As a St. John’s alumni and assistant coach at Hofstra, Coach Grunenwald has been around top-level baseball for years. To take the helm of Westhampton’s baseball program at a time that we needed leadership the most has not only promoted my career, but those of my teammates as well. Additionally, our head coach for the Eastend Aviators, Jason Galbraith, has provided innumerable opportunities for my teammates and myself to succeed against some of the toughest teams in the region. These past three years, he has relentlessly used his reputation to garner interest and promote the aptitude of his players, myself included. Finally, all of my teammates, whether it be with Westhampton Beach or the East End Aviators, have inspired me to prioritize baseball to the fullest extent.

Talk about your experience with the college recruiting process and where did you decide to commit?

Honestly, my experience with the college recruiting process was a rollercoaster of ups and downs. The dead period made it nearly impossible for high-level coaches to gain a true understanding of potential recruits. For me, it was difficult to accept the lack of interest from some of these programs, especially considering the success that I was finding on the field. As the summer ended and the fall season started up, my coaches, family, and I focused on reaching out to D3 schools of high academic standing. In September, I contacted Coach Twardowski at Emory University. Although we were “a bit late in the process,” he was excited to recruit me. About a month and a half later, I decided to apply Early Decision and was accepted in early December.

What did you do during the quarantine to stay sharp? And do you work with any private instructors?

I used the quarantine to focus on myself not only as a baseball player, but as an athlete. Approximately 5-6 days per week were spent at the varsity field. Due to the pandemic, several players from the city moved out to the east end of the island, which enabled me to practice with them. Additionally, Ryan and Ben Osborne (Westhampton Beach alumni), were constantly at the field to work with us. I also focused on building strength and speed during the offseason, as I entered quarantine at about 190 lbs and started the summer season around 205. Most importantly, I centered my diet around building muscle by drastically increasing my food intake. Other than checking in with Coach Pulick to assess my swing every now and again, all of this work was independent of private instruction.

How have you enjoyed your time with Eastend Aviators?

I started playing for the Eastend Aviators three summers ago. If I have learned anything during those three years, it’s that smart, fundamentally-sound small ball can compete with sheer talent every day. Being that we are a smaller program, this style of play has enabled us to beat some of the most talented teams in the region. I aim to carry this mentality over to Emory and wherever else my career may lead to.

You had an outstanding summer season, being named to PG’s All-Hitter Team. Were you just constantly locked in at the plate? Did the success surprise you or is that the player you feel like you are capable of being for a whole season?

Throughout the summer and fall, I made sure to treat every at bat as an opportunity to do damage. If I struggled early on in a game, I would use what I learned from that failure to succeed. I believe that this idea of being “locked in” is due to my relatively aggressive approach at the plate. By looking to attack early in the count, while still maintaining discipline around the zone, I was able to barrel up drivable pitches. I was initially surprised by this summer’s success as a hitter, mostly because I underestimated how important gaining an extra 15 pounds of muscle was. It seemed like the ball would carry without me having to swing out of my shoes. That being said, I’ve always felt like I was capable of hitting at the level I did. Furthermore, I aim to use the strides I’ve made this offseason to improve my game during the high school season and into the summer.

Who are your favorite players in Major League Baseball?

My favorite big leaguer is DJ LeMahieu. His approach at the plate is so sound and his ability to drive the ball to all parts of the field is why he’s one of the best hitters in the Majors.

My teammates and I have established that our goal is to win our league and play at the level we know we are capable of. We believe that given the amount of talent and determination we have in our program, this is our year to make a name for Westhampton Beach baseball.

Over quarantine, I faced Frank Moscatiello for some live at-bats. He had a quick fastball and his offspeed stuff broke late. After practice one day, I faced my teammate Nate Demchak. His fastball was so heavy that it sounded like a gunshot when it hit the mitt. His slider was also sweeping out of the zone very well that day.

Interview conducted by Vinny Messana. Vinny is the President of Axcess Baseball. He is a 2013 graduate of Adelphi University and he is currently the Long Island area scout for the San Diego Padres. Click here to visit AxcessBaseball.com

Click here to stay up to date on news from the Top Tier Aviators and events and announcements from the Eastend Baseball Academy. 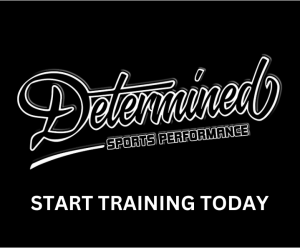